These are a few interesting things that you may notice if at all you are on this journey.

Mind is a great talker but a bad listener:

It can talk us into anything if we allow it to. Don’t go with the talk, it will quieten a bit and let it enjoy the silence. Poor thing, it has never tasted it, trust me, it will like it.

The mind after much probing would admit that it is not the body but it takes time to digest the idea. It has to identify with something. Its job is to make sense of things and if we leave it without identity, it’s gonna go crazy. That is why the scriptures or seers or Gita suggests us to believe that we are Atman, for want of a better word.

Now it thinks it is Atman, so it tries to understand what this ‘Atman’ is. Then it learns a little more about it- that it exists everywhere and in everything. I mean, we are building a thought process around something Whole & United.

They are right when they say we lose our mind when we are in love. It forgets who it is; all the new habits go out of the window. All discipline is out, it acts like a teenager.

Yeah, that is all nice but it is important for it to remember who it is even then. How can that happen? It only happens if we constantly keep feeding that idea and trying to see that mind operating behind whoever we are interacting with.

So when it goes crazy, it will remind itself and will try to get some hold before it goes haywire 😉

Detachment does not mean being mean

Just because we are not the body does not mean that we have to suppress its needs. I have seen people do that but we can go easy on that. Don’t overdo it.

The idea that we are not the body does not mean to demean it. Our body is like another belonging; it is not us. Try to strike a balance.

Exercise as normal, dress as you do, do whatever chores you do regularly with it. The Guru or Gita is not preaching the body but the mind. The mind has to adorn fewer thoughts around the body- that’s the point.

It is something that we have to keep in mind that it will resist what it is changing. Let me give you an example, I was trying to see reform in my old ways, one being God is not someone to be afraid of. Like many, I have been raised with the idea that idol worship makes God happy and vice-versa.

Then I met somebody who asked me if God had no other business other than punishing the ones who don’t follow him. He said God is everywhere and being respectful to everything here is respecting him. And I wanted to practice that but out of fear and habit, I used to still bow down in confusion. Please don’t read me wrong, I’m not saying bowing down is wrong but out of fear or by habit is meaningless.

And, what he said made sense; God cannot be like us, right? So I decided to practice it and I started saying a prayer anywhere, not necessarily before the prayer room. Also, I replaced my silly prayers with a Shanti mantra instead. People will notice and you’ll get an eye roll and all but that’s okay. What I am trying to tell here is this- when the mind makes a change, it is going to look drastic initially, later it will learn to be that within and perform things outside. Till then give it time.

Just saying “I am Atman” will not make us one

It is all contemplation and practice. We are not trying to prove a point to anybody here, neither are we trying to put others beliefs down.

We are experimenting with the truth so we got to flow like a river. Everybody here is trying to do the same in some fashion or the other. We are not here to judge them. If we are not a river we will never learn and we can never flow to the ocean. So the mind should keep flowing in that direction and it will find its way to its source.

Should I not just attain nirvana, when I am under a tree or on a rock? Does it need work?

No, it doesn’t need work. But when the mind is only focussed on the world then shifting its focus might need your attention.

We generally ask questions as to when and where have a seeker attained samadhi. But what we should be asking is what his journey was like before he attained that state. What was his state of mind? That particular rock or tree hasn’t spoken to him neither is it going to talk to us, it was his mind which attained nirvana. That state of mind is what we should be interested in.

Knowing that would do us some good. Nobody attains anything just like that. Their journey should have started when the world alone left them empty inside. And that’s more riveting than when and where 🙂 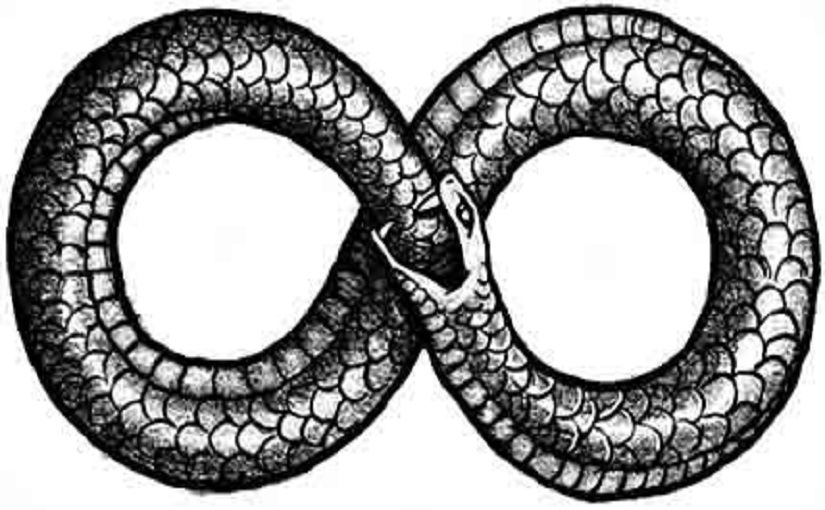 We have said this at least once, whom are we kidding? Not once but many a time- “I am doing this only for you.”

Really? Ask yourselves whether do you do something for anybody here other than for yourself? Think of an event where you thought you went out of your way to do something for somebody and then drill down and drill through till you reach the rock bottom.  Who do you see there at the bottom? Is that you or that somebody? It will always be you.

We might move out of our comfort zone, do things for others and the reasons can be many however, if we look closely then all the reasons will point straight at us.

After taking a good look at the image above, can we still go around telling others that we do things for them? And it is okay, that is how we are and that is why we as a race are still existing. Our mind is designed in a way to support our existence. Whatever it thinks that we are, it’s job is to support that. And it does a brilliant job at that.

But we were also socially conditioned since childhood in believing that good people are those who help others and selfish ones are those who help themselves. So there is an inner conflict, your mind is driven to helping you but it is also afraid of being judged. So it smartly sweeps anything damaging to one’s reputation under the carpet. Even the knowledge that it is there to support you first before others also goes under the carpet.

Therefore we stop accepting this fact and start believing that whatever we do for ourselves are also to help others- our (close family members or friends or peers or religion, or society or nation). Over time, this becomes a habit, now our unconscious mind drives our thought process as well as our habits.

Thus, we not only lost that knowledge but also take false pride in helping others while whatever nonsense we are doing is only and only to support our existence. With this false pride, comes flared-up ego and when people don’t reciprocate, frustration builds in and we wonder why others aren’t seeing our selfless nature. God, what foolish false bubble do we live in?

While I write this, I can’t stop thinking of those times when I refused to accept that I am solely responsible for my actions and that I have no one to blame. We all been there, right. It’s easy to blame others than take responsibility.

This small knowledge sets me free of many social prejudices and helps me appreciate others way of living. There is no right or wrong. If there is anything wrong then it is us working like machines, we stopped questioning our thoughts, habits and conditioning.

For me, spirituality is this. Bhagavad Gita for me is to question my fears, prejudices, habits, false pride and basically to question whatever I think I am. Spirituality is like having a good bath, purifying your self of all the impurities you have claimed and gained through this journey called life.

Bhagavad Gita is not asking us to look at others but to look within. Our contemplation should start and end with us. And the verse below is saying exactly that.

Serenity of thought, gentleness, silence, self-control, and purity of purpose—all these are declared as the austerity of the mind